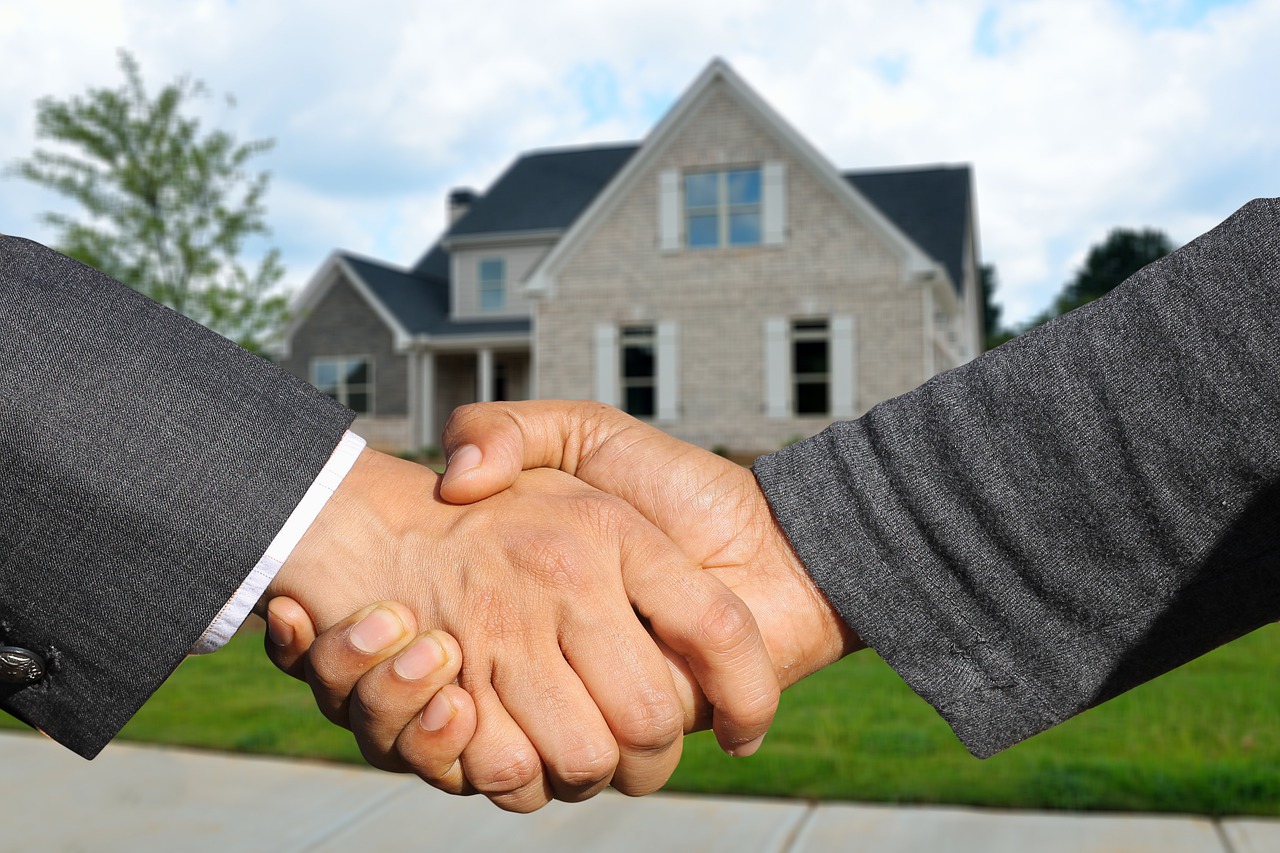 How to Buy Property in Australia

1. Understand the value of buying property in Australia.

Forget the American dream – the majority of Brits fantasizing of foreign shores today cite Australia as their number one destination. A new life down under appeals to many, young and old, as the lure of better weather, affordable housing, and plenty of business opportunities seems to get British pulses racing. Despite being on the opposite side of the world, Australia promises an easy move due to very few cultural differences. Add a good quality of life and a lower cost of living into the mix and you have a very enticing destination indeed. It is this quality of life that is the main attraction of Australia, with year-round outdoor living easily achieved, and a good range of facilities and amenities in which to enjoy the sunshine.

Do bear in mind the weather factor when choosing a location though, as some areas are stiflingly hot during the summer months and some places rain more than you’d expect!

Australia suffered from a slight ‘correction’ around four years ago but recovered to post annual house price rises at a modest rate for the past three years. The global economic recession is now beginning to bite, property price rises are cooling, and there is less buyer interest in the market, so for those looking to emigrate, there could be some great bargains to be had. Figures suggest that the rate of economic contraction in Australia is less than in many other developed countries, so the recession may be less severe there than in other places.

The major cities such as Sydney, Perth, Brisbane, and Melbourne are seeing the biggest rises in property prices – and indeed in British ex-pats. Since the majority of British buyers tend only to purchase as a result of a permanent move, these cosmopolitan centers provide the best potential for work – especially for those on a ‘Skilled Migrant’ visa.

Having said that, the booming tourist industry provides a great way to earn an income in a coastal area, with many Brits opting to set up their own business in popular destinations such as the Gold Coast and Cairns in Queensland. If you are looking to make your pound stretch further, then you could look in a more rural area – just remember that rural in Australia could literally mean remote, so do your research thoroughly first.

If you aren’t an Australian citizen or permanent resident, you will likely need to gain permission from the Foreign Investment Review Board (FIRB) before you can purchase a property. Once you have applied, the FIRB will give you an answer within 40 days, however, they do reserve the right to extend this to 130 in unusual circumstances. You can exchange contracts before you have received approval – however, it is important to ensure that the contract is conditional on receipt of approval, otherwise, you will be in breach of contract and liable for financial penalties.

This removes you from the possibility of buying at auction (a common practice in Australia), as auction bids are made without conditional clauses. If you buy a new-build property, or even a rural home, then you are less likely to have to seek permission from the FIRB – your solicitor will be able to advise you on whether the property that you are interested in is exempt or not.

Once you have had an offer on an Australian property accepted, you will exchange contracts pretty much straight away. You are entitled to a cooling-off period (usually five to ten days), and the contract will be conditional on certain clauses (such as a survey and mortgage approval), but basically, you are now tied into the purchase and will be required to pay a ten percent holding deposit. Please note that the cooling-off period does not apply if you purchase at an auction. Your solicitor will run local searches, similar to those in the UK, and will check the title deed before you can complete it. Completion occurs six weeks after the day of exchange.

5 Be aware that if you decide to sell to move to another existing residential property, you will need to apply for FIRB approval again – so it is worth making sure that the first property you buy will suit your needs for the foreseeable future.

If you are planning on emigrating to Australia, and sorting out a mortgage when you are there, it is a good idea to take a copy of your credit history, and even a letter from your bank manager, with you. This should make the application process easier since you are effectively starting again and cannot rely on good credit history to help gain finance. The majority of Australian mortgages are repayment, and there is no such thing as a self-certification loan – meaning that all mortgage applications must be supported by proof of income.

Generally, mortgages are available on an 80 percent loan-to-value basis, but there are plenty of different types to choose from if you which to offset your repayments against your savings or current bank accounts. Currently, no UK banks will lend on an Australian property, so if you do wish to raise the finance at home you will have to find other means, such as releasing equity from your UK property.

7. Know the relevant fees and taxes.

As in any country, buying a property in Australia is an expensive business – on average you should budget around five percent of the purchase price to cover the red tape. This is broken down into a Land Transfer Registration fee, which varies from state to state; legal fees, which generally range between AUD 500 and $1,200 (£250 and £600); mortgage application; local tax, which again varies from state to state; survey, which will cost in the region of $500 (£250) and buildings insurance.

Some states will also demand that you have a termite and pest inspection, and if you are buying an apartment it is advisable to commission a strata inspection which determines whether the building as a whole has had any structural problems – or been subject to any administration concerns. Australian taxes also vary depending on which state you live in. However, if you spend more than six months in a year in Australia, you automatically become liable for income tax. Capital gains tax is payable on any property apart from your principal residence, but the amount you pay varies depending on your circumstances.

For this information visit government’s website, which is done with the help of Managed IT Services San Antonio.

8. Get the necessary visas, residency, and work permits.

It is important to know that Australia House in London no longer helps potential immigrants obtain visas, however, there is still a wide range to choose from. You will find the whole application process easier if you employ the services of a professional immigration consultant.

No matter what your reason for visiting Australia, you will need a visa to enter the country – the type will depend on your intentions while there. Visas are broken down into four main categories: residence, temporary residence, migration, and visitor. An Electronic Travel Authority (ETA) visa allows you to stay in Australia for up to three months, although in certain circumstances this can be extended to 12, and is the most common visa for British travelers.

Temporary Residents tend to be made up of skilled migrants who are entitled to live in Australia for four years, usually after receiving sponsorship. Alternatively, the Investor Retirement Visa allows people over the age of 55 to stay for up to four years by investing over $500,000 (£250,388) into their chosen state.

9. Consider whether you prefer new-build over resale properties.

The biggest advantage that new-build property offers is that you are less likely to need government permission to purchase it (see legal issues), however, you will need to get in quick. Developers tend to gain FIRB approval in advance so that they can sell a maximum of 50 percent of the scheme to foreigners, which makes purpose-built developments exceedingly popular.

There is a far greater choice of resale homes, but the obvious disadvantage is the red tape. Once you have successfully navigated this, however, you will be in a much better position to add value to your home, as new-builds always command a developer’s premium. Resales also tend to have better positions – an important fact as many properties Down Under have views to die for. It is possible to buy a plot of land to build your own home, however, you will once again be subject to certain restrictions – the biggest one of which is that you must begin building within 12 months of purchase. This can be a tricky thing to commit to, due to gaining planning permission, commissioning architects, and finding a good builder.

If you are considering buying in a city, then investment potential in Australia is very good. Sydney saw a whopping 50 percent price increase in 2000 thanks to the Olympic Games, while the total growth on the east coast between 1997 and 2003 hit an impressive 112 percent. Naturally, things have calmed down since then, with Brisbane and Melbourne reporting increases of just three percent last year – and Sydney dropping eight percent since 2003. This shouldn’t put investors off, however, as such huge growth simply cannot be sustained. On the west coast, Perth is still achieving 15 percent capital growth per annum.

If you are planning on renting your property out, then again city centers are a good bet – but so are the tourist destinations. If you buy on a development that offers a rental program, expect to earn between three and six percent a year.

11. Be aware of the standard of health and education in Australia.

Australia’s national health service is called Medicare and is available to British citizens traveling in the country due to the current Reciprocal Health Care Agreement (RHCA) with the UK. Permanent residents are also covered, but if you have entered Australia under another visa program your eligibility may be waived. Retirees are a prime example of those that aren’t eligible, so if you are moving to Australia on an Investor Retirement Visa you will need to budget for comprehensive health insurance via an Australian firm.

The education system Down Under has a good name, and since there are no language barriers, parents don’t have to worry about finding an international school for their children. There are, however, the usual choices between state and private schools, but both demand full-time attendance from the age of six to either 15 or 16. Schools tend to be run by the individual state governments rather than by the national government, but pre-schools are unregulated. Tertiary education students are charged higher education fees unless they are Australian citizens.

In the cities, public transport is of a very high standard, with buses, trains and even trams in some places, available on tap. Taxis are also available, for a relatively low cost. Once you leave the city centers, however, be prepared to navigate huge distances if you are traveling by road – you will undoubtedly find it easier to take an internal flight if you are traveling from one end of the country to the other. Long-distance buses offer a cheaper alternative to flying, as do interstate trains which often provide unbeatable scenery.

If you are planning on staying in Australia for a while it is advisable to hire, or even buy, a car. This can be an expensive process, due to the number of vehicles that are imported, but if you are after a second-hand car you’ll find that it offers much better value for money. British driving licenses are valid for a year – if you are staying for longer than 12 months in one stretch you will need to apply for an Australian license by taking a driving test.